Ms. Diana McCormack is the Artistic Director of both ballet schools comprising Ballet in the Country, LLC: The Medina Ballet and The Wilson Ballet, both located on the outskirts of San Antonio, TX. She is an accomplished choreographer, skilled in a plethora of different styles of dance and is in her 20th season teaching. Instructor to ages 2 through adult in ballet, tap and jazz, and hip-hop from all backgrounds of life.
Ms. McCormack has been dancing professionally since she was 9 years old. Her training started at the Nashua School of Ballet in New Hampshire. At the age of 11, she became a member of the Montgomery Ballet Company, one of the youngest company members to be accepted into their professional program.

Her latter years of training in school included the Booker T. Washington Magnet High School for Dance in Montgomery, Alabama and then the San Angelo Ballet in her college town, where performed a ballet as her talent in the Miss San Angelo Pageant. She received her dance training from Ms. Raquel Torres-Garcia, choreographer of the Spurs Silver Dancers, Ms. Donna Burke, Mr. Gary Moore, Ms. Priscilla Crommelin-Ball, Ms. Cathy Hess and Ms. Meredith Huddleston and Mr. Brener Mehl. Her most memorable experience is of Monterey, Mexico where she performed a drama-ballet musical in the Macroplaza literally on the "green"!

She has taught with the Northside ISD's The Learning Tree Program and was the Dance Team Director and Choreographer at Incarnate Word High School, where she won numerous prestigious awards for her teaching and choreography. She received a Progressing Ballet Technique (PBT) certification in 2018 and integrates the PBT curriculum into every Children's and Pre-Professional division class she teaches.
She is continuing her education through the American Ballet Theatre Certified Teacher Program, and her goals include becoming certified in the Cecchetti Ballet method as well.
She has created her own rendition of the classical fairytales of: Cinderella (in which she was the Fairy Godmother), Peter Pan, Sleeping Beauty, Dance of the Decades (a multifaceted production that carried the 20s through today with live musicians on stage), and Alice in Wonderland (performed Spring 2020). Her school was also chosen two years in a row to be the host San Antonio school for the children’s cast of the Moscow Ballet‘s "Great Russian Nutcracker."

Her love for dance and children is evident in her teaching technique. She has infinite patience and teaches age appropriate material. She strives to provide a fun, interactive environment for each student, while building their knowledge of the Art of Dance. She has been nominated twice for Dance Teacher of the Year, sponsored by Great Mats.
She looks forward to meeting you and would love the opportunity to work with your child and help them grow in the area of dance, and also to connect the importance of classical ballet training to significantly advance one to become a well-rounded dancer in all genres of dance.

Our Director: In The News!

Read below to see where Ms. McCormack gathered her background, as well as to view the credentials she holds that qualify her to provide professional dance education to the community.


Owner & Artistic Director, Castroville, TX
The Medina Ballet
October 2019 - current
Instructor of ballet, tap, jazz and hip hop classes, defining students ability through emotional, mental and physical capabilities. Promoting those students thru the two division of the school; lower and upper school, continuous efforts made to communicate to the parents of their child’s aptitude, strength and weaknesses. Responsible for annual performances and choreography, costume purchases, school items for purchase, setting and arranging rehearsal schedules, contacting parents and community leaders for support, music editing, staging of props and scenery, ticket sells, and marketing for the school.

Owner & Artistic Director, Floresville, TX
The Wilson Ballet
August 2014 - current
Instructor of ballet, tap, jazz and hip hop classes, defining students ability through emotional, mental and physical capabilities. Promoting those students thru the two division of the school; lower and upper school, continuous efforts made to communicate to the parents of their child’s aptitude, strength and weaknesses.  Responsible for annual performances and choreography, costume purchases, school items for purchase, setting and arranging rehearsal schedules, contacting parents and community leaders for support, music editing, staging of props and scenery, ticket sells, and marketing for the school.

Trilogy Dance Center
Ballet/Tap/Jazz & Private Dance Instructor,
San Antonio, TX
January 2013 - July 2013
Instructor for ages 18 months-8 years old in creative movement, ballet, tap and jazz. Assisted in creating and adding to the studio’s curriculum, creator of the recital’s costume board, and newsletter. Teaching style is by example of perseverance, practice, and positive morale. Creates a stimulating and innovative environment for all children. The liaison for the parents to provide continuous communication and acknowledgement of their children progress.

Next Step Dance Studio
Ballet/Tap & Private Dance Instructor,
Frisco, T X
September 2011 - May 2012
Instructor for ages 2-4 years old; creative moment, basic ballet and tap technique and beginning classroom skills. Development with self identity and independence through using of props and music. Developed skill in all students to be instructed at the ballet barre and footwork across the studio dance floor

Northside Independent School District
Dance Instructor,
San Antonio, TX
August 2004-March 2005 (May 2005)
Taught through the Learning Tree Program, an after-school creative arts program for inner city children ages:  -5th grade. Instructed a myriad of dance, including but not limited to: hip-hop, country and era decade movement. Facilitated all performance which were all student ran. Taught dance history, prom making, and self discipline, in conjunction with outside studios and dance teams

The Medina & The Wilson Ballet
Choreographed, designed, and managed the productions of Cinderella 2016; Peter Pan 2017; Sleeping Beauty 2018; Dance of the Decades 2019 and Alice in Wonderland in 2021. Performed as the “Fairy Godmother” in Cinderella and “Flora the Fairy” in Sleeping Beauty.

First Baptist Church, Boerne, TX
December 2013
Performed live a choreographed drama-ballet with the Celebration Choir during all Christmas performances during the 2013 Season
Played the role “Mary” during the 2013 Season, the Passion play; a drive-thru drama of the story of birth and death of Jesus Christ

San Antonio NBA Spurs Silver Dancers, San Antonio, TX
June 2005
Auditioned alongside 165 candidates for a place on the 2004-2005 Dance Team. Learned and performed a jazz and hip-hop routine and made it to the 2nd to last round with 35 girls remaining.

First Baptist Church, San Angelo, TX; Monterrey, Mexico
March 2001 - Spring Break
Outreach program to college students in the city of Monterrey. Performed a multitude of performances during the week: a drama-ballet in Spanish to the public. Collectively created the drama class members and trained the drama group prior to trip the song in English to then perform in Spanish in Mexico

Montgomery Ballet Company, Montgomery, AL
September 1993 – May 1998
Performed as “soldier” and “party girl” in “The Nutcracker” in 1995, 1996 Auditioned and chosen as an apprentice to the company.

Progressing Ballet Technique Certified, San Antonio, TX August 2018 - current
A certified instructor who is qualified in the innovative program developed by Marie Walton-Mahon for students to understand the depth of training muscle memory in achieving their personal best in classical ballet. Incorporating the use of muscle memory to improve students understanding of core stability, weight placement and alignment for many decades.

American Ballet Theatre Teacher Training, New York May 2017 - present
Currently undergoing intensive training in ABT’s National Training Curriculum, a nine-level program that combines high quality artistic training with the basics of dancer health and child development.
After completion, once a ABT Certified Teacher, will be permitted to teach ABT’s National Training Curriculum with intensive training and pass a thorough examination.

Nashua School of Dance, Nashua, NH
September 1990 – March 1993
Rehearsed and performed as a soldier in the annual The Nutcracker in 1992. Student in weekly Ballet classes 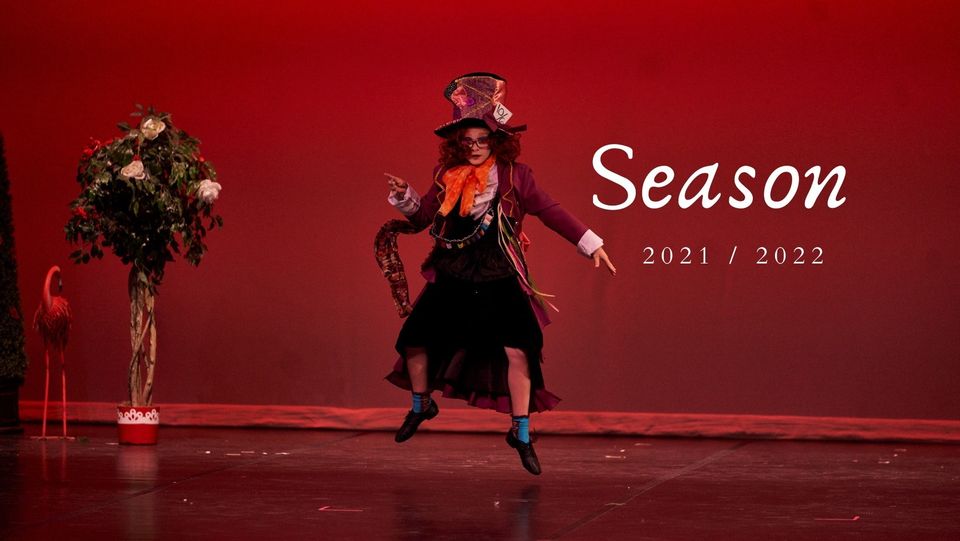 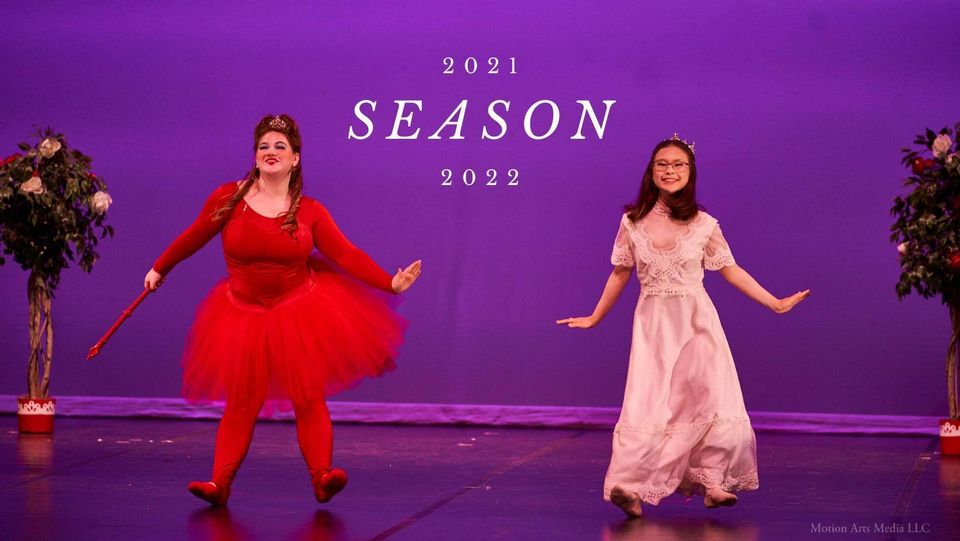 About Ballet in the Country, LLC

Ballet in the Country, LLC is brought to you by two schools: The Wilson Ballet and The Medina Ballet. These schools of ballet bring the professional art of dance to communities outside of the San Antonio metropolitan area.

Copyright ©2022 Ballet in the Country. All Rights Reserved.
Designed by Wilson County News